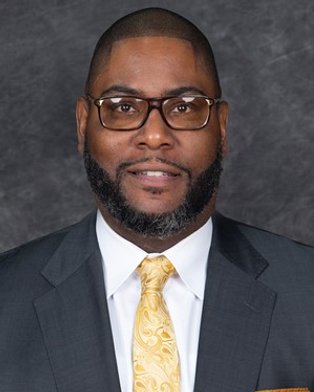 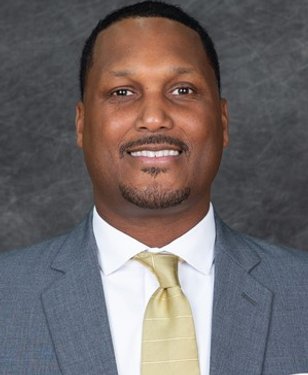 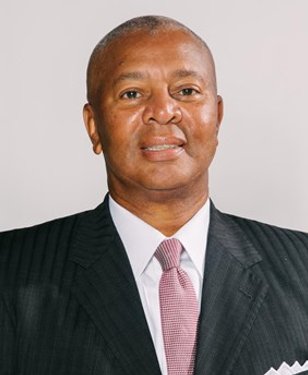 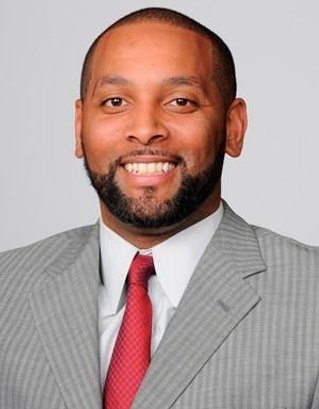 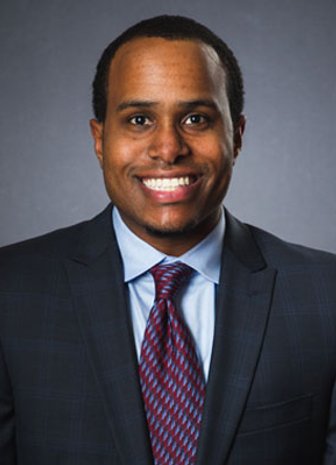 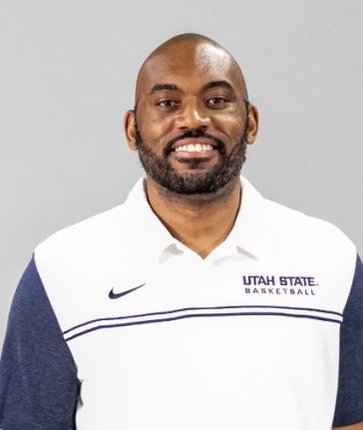 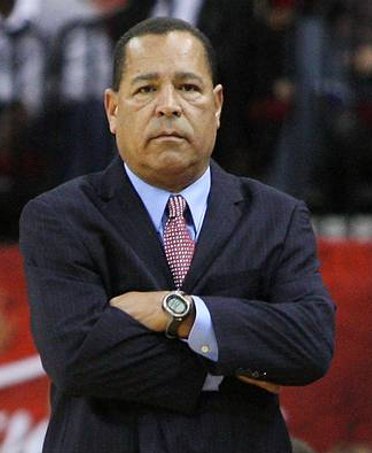 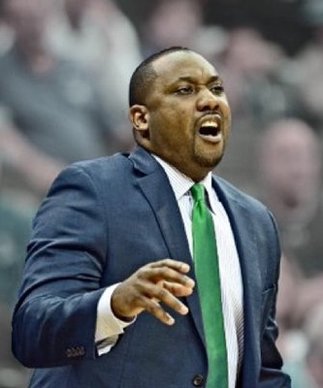 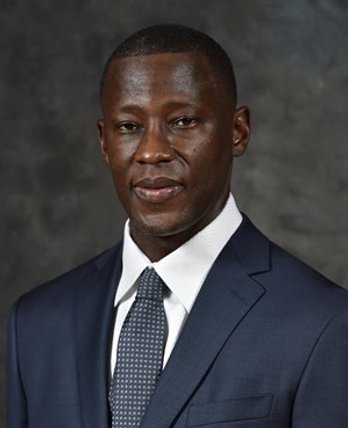 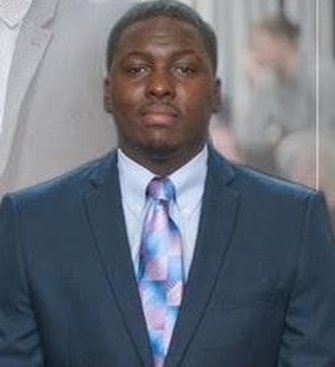 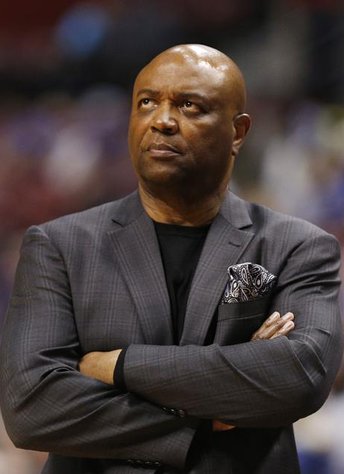 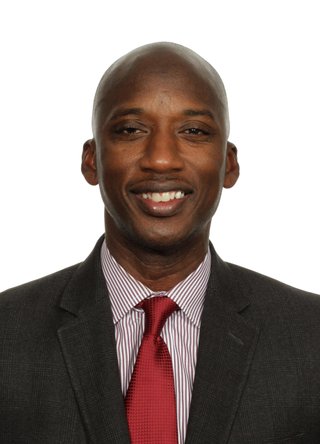 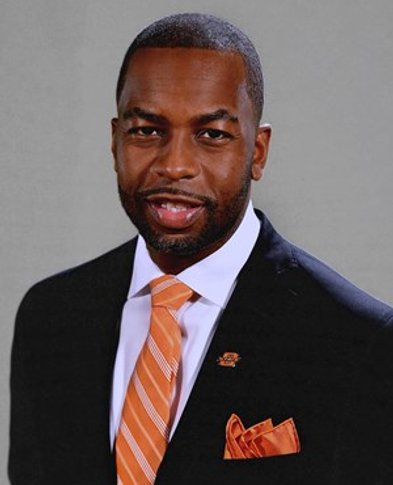 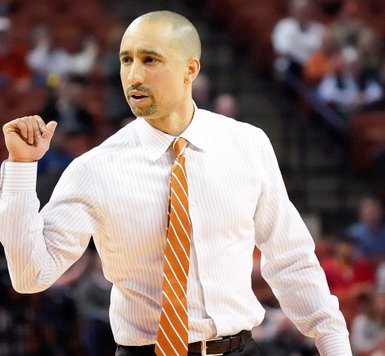 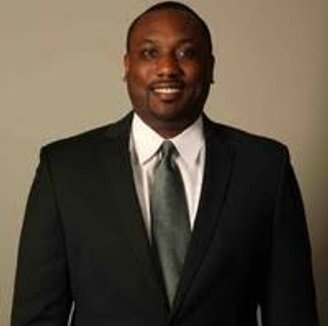 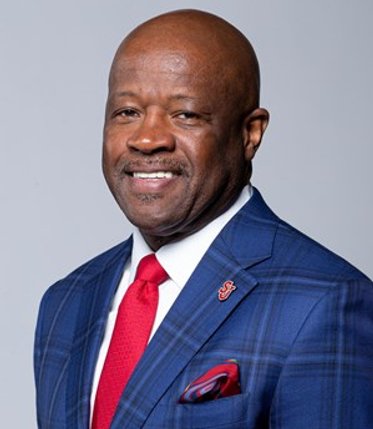 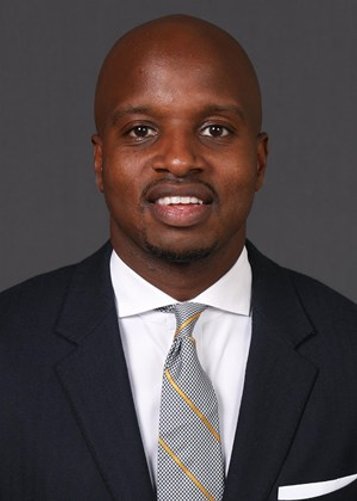 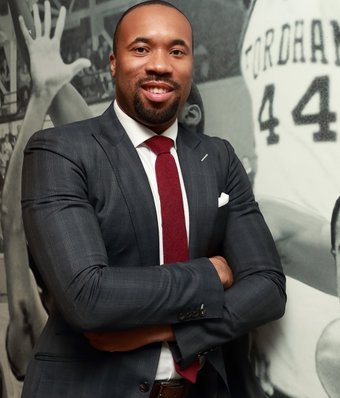 Kyle Neptune enters his eighth season in his current role, making him the longest tenured Villanova assistant coach. During this period of unprecedented success, the Wildcats have averaged 30.7 wins per season and captured five BIG EAST regular season tournament titles and a pair of NCAA national championships. The 2020-21 team concluded the season 18-7 while going undefeated at home. The Wildcats made a run in the NCAA tournament losing to eventual champion Baylor. Neptune has been instrumental in the development of several players including C0- Big East Players of the Year Collin Gillespie and Jeremiah Robinson-Earl. Neptune has been named the head coach of Fordham University.

Big East Coach of the Year

One of the most successful coaches in Division I over the past two decades, Mike Anderson was named the 21st head coach in the history of the St. John’s Men’s Basketball program on April 19, 2019. In two years he has  kept top nY talent home and ready to make the NCAA tournament. The 2020-21 squad finished 16-9 and 11-3 at home. Wins over Georgetown and #23 ranked UCONN highlighted the season. Anderson was named Big East Coach of the Year while Posh Alexander was named Big East Freshman of the Year. The Red Storm is in capable hands.

Big 12 Assistant Coach of the Year

Alvin Brooks III completed his fifth season as an assistant coach at Baylor by winning the NCAA National Championship. The numbers are staggering 18-2 overall record 13-1 in conference while going undefeated 11-0 at home. Brooks has been very instrumental in the development of Jared Butler and Davion Mitchell. It won’t be ling before he’s sitting in the first seat on the sidelines.

Big 12 Coach of the Year

Under Smart’s direction, the mission of the Texas Basketball program is clear and simple - to create and sustain championship-level success. Smart’s has recruited numerous top 10 classes. The 2020-21 team went 19-8 overall abs 11-6 in the rugged Big 12 with signature wins over North Carolina, Indiana, Oklahoma State, West Virginia and Kansas. Smart won the Big 12 championship earning N automatic bid to the NCAA you Ekanem. Smart has since become the head coach at ‘Marquette University

Big 12 Co-Coach of the Year

The defense-first, blue collar mentality is the foundation for Mike Boynton’s program at Oklahoma State, and it has ushered in the New Era of Cowboy basketball.In four seasons at the helm Boynton has compiled a 72-58 record while leading the Cowboys to 17 wins over ranked opponents, including 10 victories over top-10 squads. The 2020-21 completed the season 21-9 going 10-3 at home wins seven teams ranked in the top 20 in the country. Boynton Hs national freshman of the year in Cade Cunningham whose projected to be a top 5 pick in the 2021 NBA draft.

ACC Coach of the Year

Charlton “CY” Young is in his eighth season as an assistant coach at Florida State. Considered to be one of the superstar coaches in college basketball, Young’s career at Florida State has risen simultaneously with the Seminoles’ national profile. His coaching knowledge and incredible ability to teach the game has helped transform the Florida State into one of the most dynamic teams in all of college basketball. Young has been responsible for the development of quite a few NBA players who attended FSU with Scottie Barnes expected to be next on the list as he’s projected to be drafted in 2021.

ACC Coach of the Year

The most successful coach in Florida State history, Leonard Hamilton is the Seminoles’ all-time winningest coach and is the fifth all-time winningest coach in ACC history. The 2020-21 squad completed the season 18-7 which included 15-1 at home. In the competitive ACC Hamilton’s team finished the season 11-4 finishing 2nd in the conference. The Seminoles made it to the ACC championship game losing to a red hot Georgia Tech team. Hamilton led his team into the NCAA tournament advancing to the Sweet 16.

A-10 Assistant Coach of the Year

Tray Woodall joined the St. Bonaventure men's basketball coaching staff in Summer 2019 and has helped the Bonnies to 35 victories and an Atlantic 10 championship in his first two seasons with the program.
During his time with the Bonnies, he has been instrumental in the development of guards Kyle Lofton and Jaren Holmes, each of whom were named Atlantic 10 All-Conference following the 2020-21 season. He also recruited Jalen Adaway who was a key part of Bona's 2021 Atlantic 10 Championship squad, earning A-10 All-Tournament Team honors during his first season with the team.

AAC Assistant Coach of the Year

Former Houston head coach Alvin Brooks enters his 11th season as assistant coach with the University of Houston Men’s Basketball program in 2020-21. It also will be his 23rd season associated with the Cougars. During the 2020-21 season the Cougars finished 28-4 which included 15-0 at home. The Cougars had a a 6, 8 and 11 game winning streaks. Brooks was very instrumental in the development of NABC All District student athletes Quentin Grimes, Marcus Sasser and Justin Gorham. Brook was recently named the head Men’s Basketball Coach at Lamar University.

Brown was promoted to full time head coach on Feb 26, 2021 after acing a three month trial as the program’s interim leader. The Shockers went 16-6  in Brown’s initial season with an eight game winning streak during the season. The Shockers were 11-2 in conference winning the AAC regular season title and 10-2 at home. Brown led the Shockers to the NCAA tournament with a close loss to Drake 53-52 in the opening round.

AAC Co- Coach of the Year

A veteran of 15 NCAA Tournaments, former Houston Rockets assistant coach and longtime college veteran Kelvin Sampson joined the University of Houston Men’s Basketball program as its head coach on April 3, 2014. The 2020-21 team dis not disappoint going 28-4 with wins over Power 5 conference foes South Carolina and Texas Tech. The AAC conference tournament champions went 15-0 at home and closed the season on an 11-0 winning streak before losing to NCAA Champion Baylor in the Final Four.

Crawford joined the staff at UMBC in 2016-17.  The 2020-21 team went 14-6 overall with out of conference wins over St Francis(PA), George Washington and Delaware. Crawford was very instrumental in the development of first team All America East players Brandon Horvath, RJ Eytle-Rock and 6th man of the year Keondre Kennedy. Won’t be long before he’s leading his own college team.

AAC Co- Coach of the Year

America East Coach of the Year

The first year head coach and former Marquette Associate Head Coach went 6-6 in conference play with a win over Vermont who was tied for first place in the conference. Killing was 4-5 at home with three of those losses by a combined 11 points. With eleven underclassman on the roster the future looks bright for Coach Killings and Albany basketball.

The son of legendary coach Butch Pierre is carving a nice career for himself at Liberty. Pierre started at Liberty in 2018, as the Director of Player of Development and helped the Flames to back-to-back historic seasons. After becoming the 2019 ASUN Regular Season and Tournament Champions, the Flames defeated Mississippi State in the First Round of the NCAA Tournament. In 2020, the Flames again earned ASUN Regular Season and Tournament titles and an automatic bid to the NCAA Tournament after losing their top 3 scorers from the 2019-20 team. Pierre has developed A-Sun Player of the Year Darius McGhee and Defensive Player of the Year Elijah Cuffee.

The former University of Virginia associate head coach has hit the ground running since returning to Liberty for his 2nd stint. McKay has led the Flames to four straight 20 plus win seasons including a school record 30 games during the 2019-20 season. In 2020-21 he led the Flames to a 23-6 record which includes being 13-0 at home. He defeated Mississippi State and South Carolina along the way and has won back to back A-Sun regular season and conference championships. What are high major programs waiting for?

The four year veteran at Texas Southern has played a key role in the recruitment and retention of quality student athletes. The former UMass assistant has helped TSU win the SWAC championship in 2020-21 and defeat Mt St Mary’s in the 1st round of the NCAA tournament. Chatman has developed numerous all conference players including Newcomer of the year and 1st team all conference Michael Weathers. TSU averages 18 wins per season with Chatman on the sidelines the past four seasons.

The former LSU head coach hit the ground running when hired at TSU. The 2020-21 team completed the season 17-9 which includes a 10 game winning streak before running into the #1 seed in the NCAA tournament Michigan. TSU has an outstanding 8-2 home record and 10-3 SWAC record. They defeated cross town rival Prairie View in the SWAC championship game ending Prairie’s unbeaten SWAC record at 12-0. Jones team defeated Mt St. Mary’s in the NCAA tournament making history with Norfolk state as the 1st time in NCAA history that the SWAC and MEAC both won a NCAA tournament game in the same season. Tough to see Jones being at TSU much longer as the program continues to improve.

Jones, the 8th year head coach led NSU to a 17-8 record winning the MEAC regular season and conference championship in a COVID shortened season. He led his team to a  NCAA tournament win over Appalachian State earning the right to play #1 ranked Gonzaga. During the regular season NSU team beat James Madison, Radford, Hampton and George Mason all teams from higher rated conferences. The 2020-21 team closed the season on a 7 game winning streak before facing Gonzaga. Mid Major programs should be knocking down his door for a chance to speak with him.

It’s baffling that Brown has not been handed the reigns to his own program with other MEAC programs in need of a head coach. An 18 year MEAC veteran who has been instrumental in changing the landscape at every program he’s been apart of. NSU coaching staff assembled a very talented group of transfers to add to the returnees and they won the regular season and conference championships. NSU won an NCAA tournament game against Appalachian State. Brown was very instrumental in the recruiting process and NSU has not had an academic casualties or APR issues since he became the academic coordinator.